The status of publishing County Governments' legislation in the Kenya Gazette upon assent by the Governors has not been effected thus not following the provisions as stipulated in Article 199(1) of the Constitution. This has in tandem led to some County Government legislation being declared unconstitutional by Courts due to failing to adhere to the correct procedures when legislating especially. 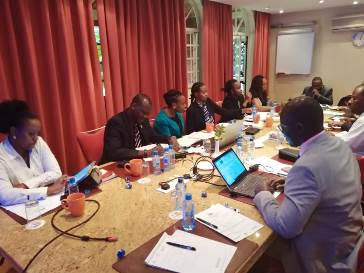 Case in point is:-

It is against this background that KLRC convened a task force comprising relevant National Government agencies and the Council of Governors to review the protocol order to determine with finality the best approach on Publication of County Legislation. The review is important so as to analyse and carry out an impact assessement of the previous Protocol that was contained in a letter dated 16th February, 2015 from the Office of the Attorney General and copied to the Council of Governors following a series of consultative meetings held in the 2015-2016 which essentially outlined the procedure for publication of county bills in the Kenya Gazette.

This is in line with the Commission’s mandate under section 6(1) (h) of the KLRC Act, which provides that one of KLRC’s functions is the provision of advice, technical assistance and information to the National and County Governments with regard to the reform or amendment of a branch of the law.  KLRC may also upon request or on its own motion, advice the National or County Governments on the review and reform of their legislation.