The Association of Law Reform Agencies of Eastern and Southern Africa (ALRAESA) held a three day conference at Safari Park Hotel in Nairobi in November 2017. The conference brought together delegates from 15 member states including the Common Wealth with Kenya being the host country.
The theme of the Conference was the role of Law Reform Agencies (LRAs) in emerging democracies. This theme was informed by recent developments that followed the annulment of the Presidential Elections by the Supreme Court of Kenya on the 1st of September, 2017. This conference was the second of its kind to be held in Kenya with the previous one being in 2004. 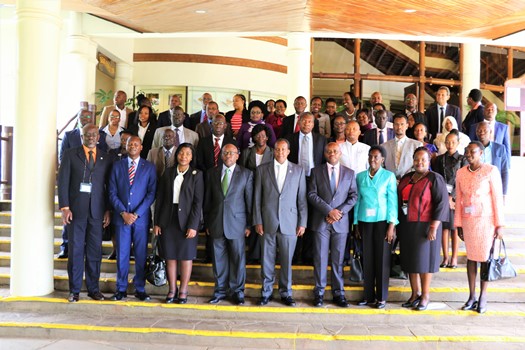 Attorney General, MP Laikipia West, Judges, IEBC Commissioner, FIDA chairperson among others graced the conference noting that continued collaborations and partnerships with other Law Reform Agencies in the continent will ensure efficient law reforms. Attorney General Prof. Githu Muigai officially opened the annual conference reiterating that the forum was fundamental and provided a platform for sharing knowledge with key law reform highlights in the country being the creation of family and business corpus.Hon Mariru affirmed that without law and law reform, democracies cannot uphold its soverenity and serve its citizenry effectively. He emphasized on the need to ensure there is law reform geared towards socio economic and political development in Africa.

ALRAESA has a mandate to assist in elimination of anomalies and inconsistencies in the Law while providing support for development of new approaches to the reform of law in response to changing social, economic and political circumstances. Its membership consists of Law Reform Agencies of Kenya, Lesotho, Malawi, Namibia, South Africa, Tanzania, Uganda, Zambia, Zanzibar, Zimbabwe, South Sudan, Mauritius, Swaziland, Botswana and Rwanda.